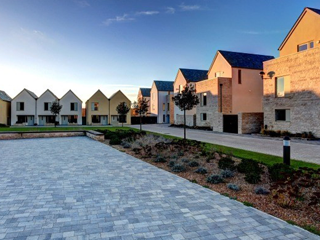 What does the new planning rulebook mean for the environment? James Agyepong-Parsons investigates

The new National Planning Policy Framework (NPPF) has come into effect, providing an overarching reference document for local authorities to draw up their local plans.

These plans include the district’s local planning policies outlining what land should be used for development. Should a council’s local plan be submitted before the end of January 2019, it will still be examined against the 2012 framework. Any plan submitted after 24 January 2019 will be subject to the principles of the new NPPF which are environmentally weaker for wildlife protection, according to RSPB policy lead Simon Marsh.

Although new policies around biodiversity and net gain were welcome, “the overall balance of the NPPF has tilted further in favour of housing development due to the new approach to calculating housing need”, Marsh said.

This preference, highlighted in paragraph 60 of the NPPF, will place pressure on environmental services, particularly in south-east England, he concluded.

Marsh is also concerned by the footnote of the presumption of sustainable development policy (paragraph 11), which is “the key policy” of the NPPF, he said.

In the original NPPF the types of sites where protections could be extended for wildlife offered a “degree of interpretation” but now in the new NPPF this is a “closed list”, Marsh said.

“The worry is that local wildlife sites are not in the list and therefore implies that they are not going to get the same level of protection as the other sites.”

However, councils are instructed to "identify, map and safeguard" components of a hierarchy of "international, national and locally designated sites of importance for biodiversity", says the new NPPF. Local wildlife sites were omitted from this definition in March's draft version but have now been reinstated.

National parks, the Broads and Areas of Outstanding Natural Beauty have retained the "highest status of protection" which had been dropped from the draft NPPF. Now all major development should be refused other than in "exceptional circumstances" within these spaces.

Speaking with ENDS, WSP’s principal consultant in biodiversity, Jonny Miller, said the revised NPPF offers improvements on the principles of net gain both in relation to the draft NPPF but also the original NPPF published in 2012.

“In 2012 the NPPF had those weasel-out words on net gain like ‘where possible’ after it, but that has been removed in the 2018 plan,” said Miller.

“While that might seem like a marginal thing it creates that expectation of net gain period.” Throughout the 2018 document the concepts of net gain are reinforced at paragraphs 170d to provide net gains for biodiversity by “establishing coherent ecological networks” and also at paragraphs 174b and 175e where “measureable net gains for biodiversity” must be “secured”.

Miller said these references have been broadened to include the concept of environmental net gain laid out in the 25-year plan.

But Marsh believes it might have been beneficial for the NPPF to have included definitions for net gain and biodiversity net gain as they remain ambiguous terms.

DEFRA’s 2013 metric remains a contentious tool from the perspective of the RSPB, said Marsh, who hopes that the government’s future consultation on biodiversity net gain will “spell out more of these details”.

The 25-Year Environment Plan published in January set out some very high ambitions to reverse the ongoing collapse of England’s biodiversity.

The plan commits to embedding environmental net gain into new developments, although this goes beyond biodiversity net gain to include benefits such as flood defence and recreation.

However, environmental planner and executive director of Pegasus Group, Andrew Cook, told ENDS that he felt the aspirations of the 25-year plan were not integrated into the NPPF .

“One of the strongest vehicles for delivering on the government’s environmental objectives would be through the latest national planning policy framework.

“What’s intriguing is I can’t find any reference in the NPPF to the 25-year environmental plan which I find extraordinary and disappointing.

“Although there are elements of it in the NPPF there is not an explicit reference to it.”

By way of example Cook cites the footnotes of paragraph 80, paragraph 104f and 168d which reference the government’s 2017 Industrial Strategy, 2015 General Aviation Strategy and the Marine and Coastal Access Act 2009.

Cook believes, should government want to steer planning direction in line with the 25-year plan, this could be done through planning policy guidance notes which can be updated at anytime, as well as through written ministerial statements.

Updated planning guidance notes may also be needed to aid developers dealing with natural capital which appears twice throughout the NPPF at paragraph 170b and 171 alongside “ecosystem services”.

“To the humble planner, be it a local authority or a developer, they will be a little baffled by those terms,” said Cook, “I imagine most will see these terms relating to green infrastructure, open space and therefore having some form of recreational value – that’s what I think the mindset of most developers will be.

“And this document doesn’t give any guidance as to what those terms mean so again, it’s a missed opportunity for dealing with the environmental dimension of the NPPF,” Cook added. 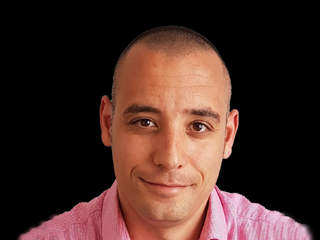 “But until there are [mandated] options to get rid of old transport systems like the old buses in many English cities, air pollution levels won’t change,” Antony said.

Under the new NPPF, planners need to ensure an adequate provision of spaces for charging plug-in and other ultra-low emission vehicles (paragraph 105e), but an “overarching guidance” to accompany the planning document would be helpful, Antony said.

What the NPPF does do is realise different geographical areas in England where “opportunities to maximise sustainable transport solutions will vary between urban and rural areas,”(paragraph 103) which Antony says is a positive thing.

However, the “legacy of air pollution” will be inherited by future generations and more must be done, he finished.

In just over two decades, highway infrastructure across the country will need to cater for electric vehicles when a ban on diesel and petrol cars and vans enters force from 2040 (hybrid vehicles will be exempt).

But in the latest NPPF, to deliver the clean energy supply for this infrastructure Cook says the framework makes it “more challenging to deliver renewable energy than it is for fossil fuels.”

In paragraph 170e the plan calls for development that should, “wherever possible, help to improve local environmental conditions such as air and water quality”.

But Cook points to paragraphs 154 and 209 which contrast the government’s “heavily promoting” dependency on onshore oil and gas with a planning system against renewables like onshore wind development.

Furthermore, in section 14 which deals with climate change, there is no cross-reference to the government’s Clean Growth Strategy, Cook added.

When approached by ENDS for a comment on the environmental implications of the NPPF, a spokesman for the Ministry of Housing, Communities and Local Government (MHCLG) confirmed the new planning rules “complement the ambitions of our 25-year environment plan for a cleaner, greener future”.

He said: “Environmental protection is at the heart of our new planning rulebook, setting clear expectations for future developments such as housing.

“We want to make sure we are enhancing our environment alongside delivering the homes we need.”

On air quality the MHCLG told ENDS that development should, “wherever possible”, seek to improve local environmental quality, including air quality.

Gabor has over 10 years' experience in the areas of ambient air quality monitoring, dispersion modelling, data collation, and interpretation, environmental permit application and project management. Detailed knowledge of the application of UK National and European Environmental legislation with regards to Environmental Permitting/Industrial Emissions Directive, in particular its application in the UK.

Gabor has provided technical support and air quality lead for a range of planning and environmental permit applications including residential developments, road schemes and industrial processes.