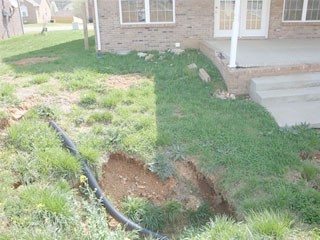 An increase in sinkholes may be down to climate change and human activity, and with our unpredictable weather conditions will we be seeing more?

In 2014, the UK press reported seeing an increase in sinkholes appearing across the country[1] - so why are they happening more and more frequently?

Why do sinkholes happen?

Sinkholes may have a natural or man-made origin, but typically they are caused by underground voids or loose zones triggered by stress changes as a result of saturation or vibration, either from construction or from existing development (like leaking drains).

Sinkhole is a common term for holes that appear without apparent reason to the layperson. According to the British Geological Survey (BGS) website[2] there are various different types of sinkhole:

What are the impacts? 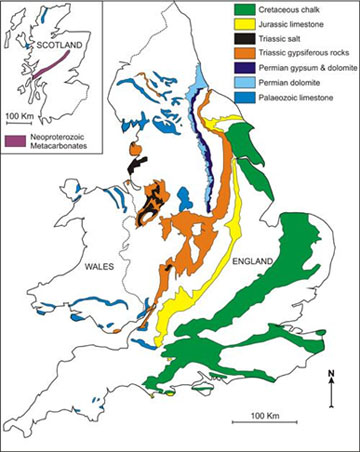 Sinkholes are not restricted to the UK, and reported international examples tend to add to public unease. One example of a sinkhole caused by mining was seen in Russia where an accidental release of brine in certain parts of the mine caused a sinkhole of up to 80 meters[3]. Generally in the UK sinkholes are smaller, but can still cause concern and extra costs in the built environment.

The sinkholes we see in the UK can be indirectly caused by human activity, occurring alongside constructions where rain water has been concentrated to a patch of ground such as roofs or tarmac, burst water mains or irrigation. As a result, residential areas are impacted the most affecting infrastructure. The British Geological Survey warn that sinkholes are going to be an ongoing feature of our landscape, particularly if ground remains saturated for long periods of time. Often it is difficult to identify an absolute cause, and subsequently apply a liability to affected parties where damage occurs that has to be paid for.

Many UK case reports are from the south east, because of dense property and infrastructure development where the geology may be thin unconsolidated sand and clay superficial deposits overlying weathered soluble chalk bedrock.

There is a clear planning and environmental conflict between sinkhole risk and the sustainable use of surface water drainage to land. Sinkholes may be used as evidence why sustainable drainage cannot be adopted.

Land stability is a material concern in the UK planning system with a responsibility not only to minimise the risk and effects of land stability, but to ensure development doesn't occur in unstable locations as well as improve unstable land where possible.

Could more sinkholes be on the way?

Maybe not this year.

Delta-Simons did record an increase in sinkhole activity in 2014, but so far in 2015 there have been fewer events. Possibly because the rainfall has been less extreme nationally, and maybe events on the verge of collapse were triggered last year.

What may have changed is our client's awareness of the sinkholes and requests to perform specific desk studies and ground investigations to identify risks have certainly increased.

See how we can deliver clear understanding of ground conditions, visit our geotechnical services.

[1] Daily Mail, 2014, Terrifying holes that are opening up all over Britain