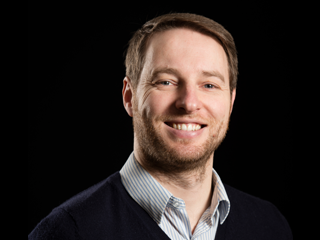 Delta-Simons has cemented its presence in the West Midlands with the expansion of its office in the heart of Birmingham. The firm opened the doors to its latest office in Colmore Circus Queensway in late 2017.

After a successful 12 months establishing a presence in the region, current unit director of the Midlands region Paul Bennett has been appointed to head the division through its new stage of growth.

Paul joined Delta-Simons in 1996 as an environmental scientist and progressed through the company to unit director of the Midlands region, overseeing the Lincoln and Nottingham regional offices.  Paul said that having a presence within Birmingham would help to further enhance Delta-Simons’ profile within the booming region as well as support its strategy for growth.

“We have ambitious plans for growth as a firm over the next three years and key to that strategy is building a base within the West Midlands,” Paul said. “Colmore Row is the heart of Birmingham’s business community and we look forward to developing our existing relationships with professionals working in the sector as well as meeting a few new faces over the coming months.”

The firm - which operates as part of the global Inogen Environmental Alliance network - now boasts nine locations across the UK, with existing offices in Manchester, Leeds, Durham, Nottingham, Norwich, London and Dublin, in addition to its Lincoln head office.

Delta-Simons managing director Alex Ferguson said: “Opening an office in Birmingham was the next logical step for us as a firm. It is the UK’s second city and at the heart of the Midlands Engine with significant opportunity for growth and investment, especially ahead of the city’s successful bid to host the Commonwealth Games in 2020.

“Broadening our client base within the West Midlands is a priority for us and being in the heart of the city means that we are better able service our clients from a local base, as well as adding to our national capabilities.”

Delta-Simons is currently recruiting for a geo-environmental due diligence consultant and a principal ecologist to work out of the Birmingham office. For a full list of available vacancies, visit Recruitment page.

Paul joined Delta-Simons in 1996 as an Environmental Scientist and has progressed through the company to Unit Director of the Midlands region (Lincoln, Nottingham and Birmingham regional offices).  Paul has vast experience in brownfield site assessment in the UK and Ireland including feasibility, planning, designing and managing multi-disciplinary projects on commercial, industrial and residential landuses.