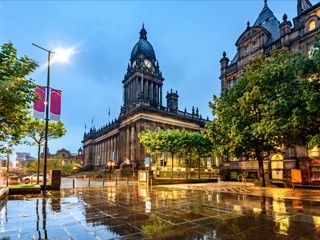 Leeds is one of the UK’s fastest growing cities and is the main driver of a city region with £64.6 billion economy, a combined population of 3 million and a workforce of 1.37 million.  Over the next 10 years, the economy is forecast to grow by 21% - Leeds is “growing faster” than London since Northern Powerhouse was launched.

Leeds has seen a recent revival in its property and development industry, a movement that has been put down to the city’s vastly improving market and enticing future prospects, particularly as investors are becoming increasingly keen to focus away from the London market.

The event was organised by The MET Club, a business networking organisation that hosts financial, construction and property, transport and infrastructure industry events throughout Yorkshire.

Damian Robinson, Executive Director based in Leeds said “As a company we’ve positively experienced the growth of Leeds, and supporting the wider picture is very important to us.  The Met Club’s Start of the Future of Leeds event demonstrated the exciting times ahead for the City and surrounding areas, and reinforced our views around the Leeds economy, so we were very pleased to be part of this.”

Speakers at the event were:

Tom took up the position of Chief Executive of Leeds City Council in August 2010. He is the youngest Chief Executive in the history of the council.  In his first year, Leeds has set a new ambition to be the Best Council in the Best City in the UK, achieved over £50m of efficiency savings without reductions in front-line services, secured good quality assessments across adult social care, fostering, adoption and youth offending services, started building a state of the art Arena, launched an initiative to improve the insulation of thousands of households through the Wrap Up Leeds project, doubled the number of apprentices in the city, delivered a £60m independent living accommodation scheme 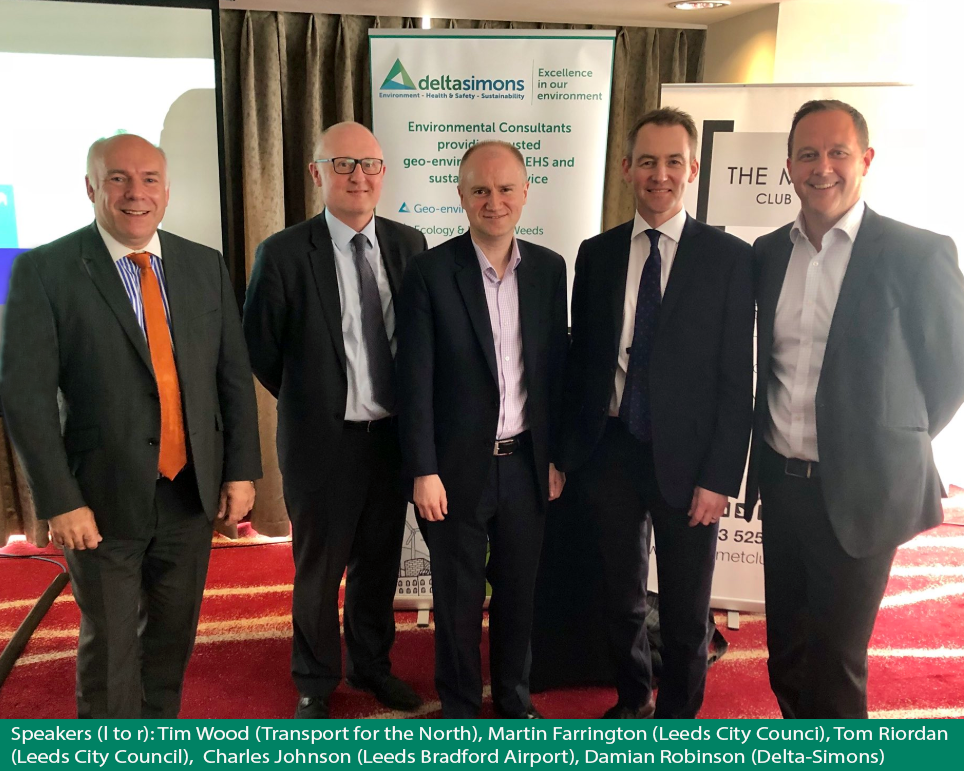 for people with learning disabilities and taken children’s services out of special measures.

Martin has been overseeing proposals for Leeds South Bank, development of Sovereign Square, delivery of the First Direct Arena and the Council’s support for the Victoria Gate Scheme which delivered a new John Lewis to Leeds, subsequently awarded best new shopping centre at MIPIM 2017.

As Northern Powerhouse Rail Director, Tim is taking on the challenge to make the strategic outline business case (SOBC) for investment in an ambitious plan for a transformed rail network that will provide fast, frequent and reliable links between the North’s six biggest city regions and its largest airport. He leads the delivery of the SOBC and works around the HS2 touch points in a co-clienting role with the Department for Transport.

Damian is the Managing Director for Advisory Services, encompassing our Environmental, Health, Safety and Sustainability, Environmental Transaction Services and Environmental Planning Services at Delta-Simons. He has been part of the Delta-Simons’ Senior Leadership Team since 2014. Damian has held senior management and leadership positions at global professional service consultancies and at a civil engineering contractor delivering nationally significant infrastructure projects.

Damian is degree qualified in environmental science and has 25 years’ post-grad consultancy experience and maintains an extensive professional network; based on obtaining client trust, repeat business and referrals through the delivery of practical commercial advice and a proactive approach to project delivery.