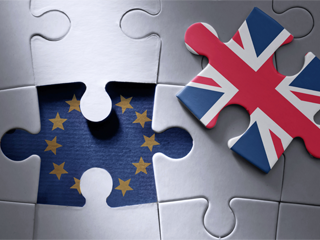 Following the publication of the Government’s long-awaited Repeal Bill, which is intended to convert existing EU laws into UK domestic law as the UK exits the European Union, the environmental aspects are becoming clear.

Reiterating its commitment to environmental protections, the bill post-Brexit will be to improve the legislation and make it more ‘outcome driven’.

The Government has published an Environmental Protections Fact sheet, with the following key questions addressed:

Will the UK continue to meet its international environmental commitments?

How will the government be held responsible for making sure it complies with its own environmental regulations?

The UK has always had a strong legal framework for enforcing environmental protections and this will continue. This includes provisions for regulators to enforce our existing environmental regulations, and our system of judicial review and its body of public law that enables decisions and actions of public authorities to be challenged through the UK courts.

It is, and it will remain, the role of Parliament to hold the executive to account, and Parliament is ultimately accountable to the electorate. That will not change on our departure from the EU.

Will the views of external stakeholders be taken into account during the renegotiation process?

We will produce a comprehensive 25 Year Environment Plan that will chart how we will improve our environment as we leave the European Union and take control of our environmental legislation again.

Simon leads the Geoenvironmental division of Delta-Simons and sits on the Senior Leadership Team for the business. He joined Delta-Simons in 2015 and has driven the significant growth in the geoenvironmental, and geotechnical work over the past seven years. His technical background is in  contaminated land and environmental due diligence with over 20 years specialising in human health risk assessment and project management covering the investigation, demolition, remediation and enabling works for a range of large and challenging sites.

Simon is passionate about the projects he gets involved in and combines his technical knowledge with a strong commercial approach to assess environmental challenges, and develop effective and sustainable solutions for Lucion Group’s clients. He is a Chartered Environmentalist (CEnv) and Chartered Scientist (CSci) and is a Member of the Institute of Environmental Scientists (MIEnvSc).