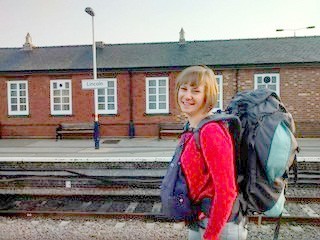 Delta-Simons Sustainability Consultant, Jess Smith, practised what she preached on her latest holiday.

Jess's holiday destination was Spain, see how she managed to reduce her carbon footprint getting there…

I love going on holiday. Who doesn't? But in the past few years, I've had to face what is quite a painful reality for me - and one that I've ignored for quite a while – that my holidays are having a pretty big impact on my carbon footprint.  Over the past few years, I've been trying to reduce my carbon footprint where I can. Becoming a sustainability professional only added to this - I wanted to practice what I preach. I've made changes to my personal energy consumption, my diet, and my travel patterns. So when it came to this year's holiday, I finally thought it was time to stop and think.

I decided to try a year without flying at all, which was going to be a challenge. To get to a holiday destination much further south than France seemed impossible without flying in the 10 days that I had. Trains on Europe mainland are, in general, pretty comfortable, frequent and reliable. But it would still have taken a good couple of days to get as far south as I was hoping. But then I realised, I could travel while I was sleeping! Overnight trains from Paris can take you as far south as Italy and Spain, and with Eurostar tickets from London to Paris pretty cheap, so I decided to go for it.

After waking up in Lincoln, I caught the first train to London and was in Paris by mid-afternoon, having caught the Eurostar. A few hours to see the sights and have dinner in Paris, then it was time to catch the overnight train. It was surprisingly comfortable, and with bedding and basic toiletries included I was soon settled down for the night. I loved the feeling of travelling while I was sleeping, and woke up in Hendaye, on the Spanish border with France. Within half an hour, I'd hopped over the border to San Sebastian, and spent a lovely week there exploring the area.

Leaving San Sebastian, it crossed my mind that if I was heading to the nearest airport, it would feel like the holiday was over. But for me, another adventure awaited. Completing the journey in reverse meant a picnic tea on the overnight train, another lovely day in sunny Paris having left my rucksack at the left luggage lockers in the station (lunch by the Sacre Coeur, with a great view of the city), the Eurostar back to London, dinner at Kings Cross, and home to Lincoln for bed time.