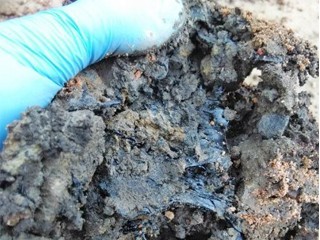 The majority of contaminated land investigation is funded by developers and landowners through the planning system.

However, this only deals with sites that happen to be in the process of redevelopment and not those occupied by long-standing land uses.

Part 2A of the 1990 Environmental Protection Act was therefore established with the aim that local authorities would proactively target potential contaminated land within their districts in areas not covered by the planning process.  Government funding for this work peaked in 2009/2010 at £17.5m, but was reduced to £2m by 2013/2014 and is now merely a £0.5m contingency sum.

The Commons Environmental Audit Committee has now been told that, due to the cuts, some councils are reluctant to inspect their areas, as there are no funds available to deal with problems they might find.  This view has been confirmed in discussions I have had with several local authority Contaminated Land Officers recently, with inspection strategies effectively shelved.

The lack of funding for Part 2A may also skew the prioritisation of what limited inspections are still undertaken by local authorities.  Councils may choose to inspect only those sites where they believe there is a 'Class A Appropriate Person' (the original causer of the contamination) in existence with deep pockets, possibly ignoring higher priority sites such as housing estates on former industrial land where the original polluter cannot be identified (or on publicly owned land for that matter).

In these times of government austerity, there are competing claims for every penny of public money.  The Commons Committee was told by the  Chartered Institute of Environmental Health (CIEH) Principal Policy Officer Howard Price that an annual budget of £20m would be sufficient for our local authorities to address historical contaminated land in accordance with their duties.

£20m represents just 0.1% of DEFRA's annual budget, which is mainly allocated to flood defence work.  Surely this is a small price to help, 'put in place stronger protections for our natural landscape and deliver on our commitments for a cleaner, healthier environment which benefits people and the economy' (Liz Truss November 2015). Further reading: Brownfield Briefing