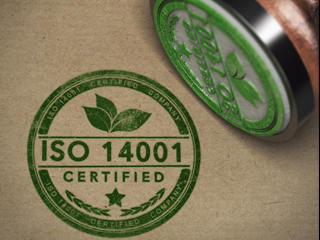 ISO14001:2004 is being phased out following publication of the new standard, ISO 14001:2015. The deadline is almost upon us and by 15 September 2018, all new and existing organisations must be certified to the 2015 standard, or they will lose their certification altogether.

There are some situations where the deadline can be extended, but transition audit process must already have been initated by the 15th September. To be classed as initiated, the head office audit or the document review must already have taken place. In these instances, the whole process must be complete by 15th March 2019.

Gaining certification is voluntary but, as well as helping to drive performance in areas such waste management and resource efficiency which in turn can lead to cost savings, it also increases the focus on regulatory compliance and provides assurance to business stakeholders. For many, it has proven to be a great way to attract business and certification is frequently and essential pre-requisite within the contract tender process.

The first edition of ISO14001 was published in 2004 and in the following decade proved very popular. As with all international standards, periodic reviews take place in reaction to market trends and industry feedback and this led to the second iteration being published in 2015. The aim of the newer standard was to follow a similar format to the new standards for quality (ISO9001) and health and safety (ISO45001) so that an integrated management system could be adopted more easily by those organisations who wanted to achieve (or already had) multiple certifications.

It also looked to address some of the criticisms of the original standard such as putting more emphasis on requiring demonstrable engagement from all levels of the business, particularly senior management and focusing more on improving environmental performance, than the management system itself.

A three-year transition period was put in place and organisations who were already certified could continue to work to the 2004 standard as long as they transitioned before the end of the three-year period.

With under two months to go until the deadline, most organisations who haven’t already transitioned will have a plan in place for certification. If you would like to discuss your options including support with a certification audit or more general environmental management support, please contact Jake Ivorson.

Rosanna Webb is EHS Divisional Director for Delta-Simons. Having previously worked at Symantec, Veritas and WSP Environmental, Rosanna is a highly motivated Safety, Health and Environmental leader with over 20 years’ experience.  Rosanna has gained a thorough understanding of complex EHS regulations and its cultural landscape worldwide. Rosanna has extensive experience within the IT, construction, banking, retail and consulting sectors.  She is a strategic thinker focused on the business needs and the added value that well-managed EHS programs can deliver.