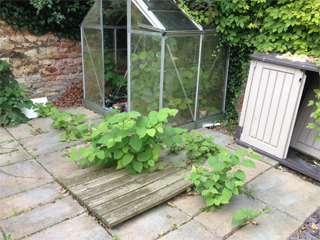 Under the Wildlife and Countryside Act 1981 (as amended) it is an offence to plant or otherwise cause Japanese knotweed to grow in the wild. Allowing Japanese knotweed on your property to spread into neighbouring land could be classed as a private nuisance and a prosecution could be brought under civil law. There is also occasions where a Community Protection Notice (CPN) could be issued under the 2014 Antisocial behaviour, Crime and Policing Act forcing neighbours to take action, and fining them if they don't.

Why is Japanese knotweed such a problem?

Japanese knotweed is an invasive non-native species. It can grow up to 10 cm per day and has been known to cause damage to building structures and infrastructure by growing through weak points, such as cracks in masonry. Its rapid growth outcompetes native species and results in a loss of biodiversity.

“These plants threaten our native biodiversity by crowding out native species and destabilising river banks. They can also cause damage to forestry, agriculture and infrastructure sectors.”

Whilst the Anti-social Behaviour, Crime and Policing Act 2014 does not specifically mention invasive species, the Home Office Guidance details how Community Protection Notices can be used to 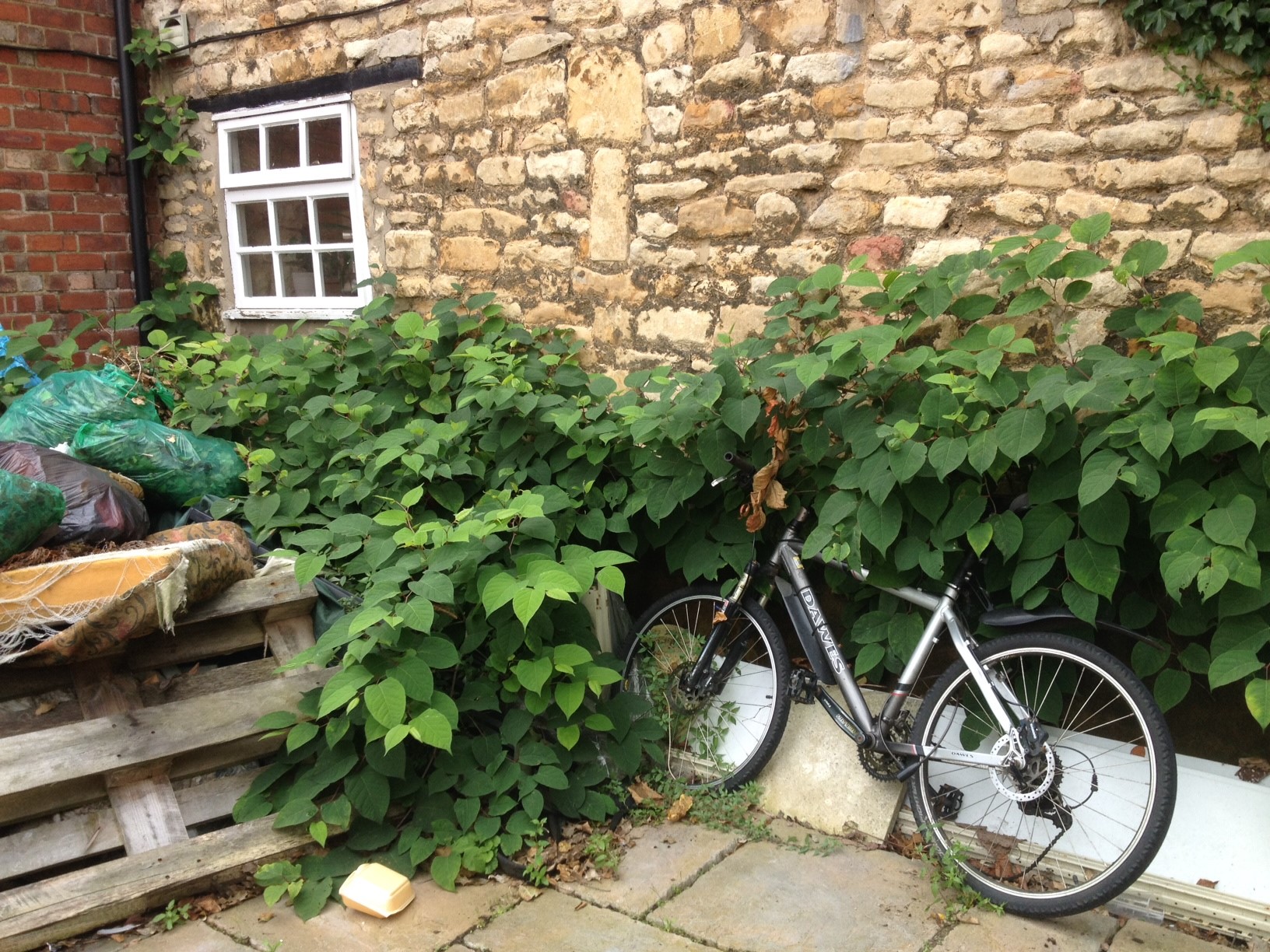 deal with invasive species as private nuisances. It states:

“The community protection notice can be used against individuals who are acting unreasonably and who persistently or continually act in a way that has a detrimental effect on the quality of life of those in the locality.”

It continues to say that “The notice can be used to require someone to control or prevent the growth of Japanese knotweed or other plants that are capable of causing serious problems to communities.

“Breach of any requirement of a community protection notice, without reasonable excuse, would be a criminal offence,” resulting in an on-the-spot penalty of £100 or prosecution, which could bring a £2,500 fine. Organisations could be fined up to £20,000.

The risk is real

In 2018 a Bristol property owner became the first person to be prosecuted for failing to control the spread of Japanese knotweed (read BBC news article).

MB Estate Limited were fined £18,000 plus costs and were also ordered to secure a plan within a month from a specialist company detailing how the issue will be resolved.

In May 2017, Bristol City Council served the company with a community protection notice following complaints from neighbours. After failing to comply with the notice the council commenced proceedings to prosecute the property owners using the Anti-Social Behaviour, Crime and Policing Act 2014.

How can Delta-Simons help?

Related articles: But is it Japanese knotweed?