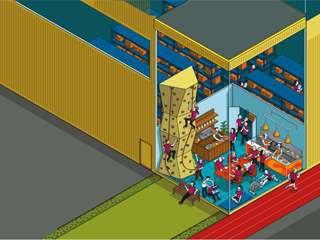 Old, dark warehouses could soon be a thing of the past as developers, occupiers and investors embrace the health and wellbeing trend. Alex Ferguson, Delta-Simons Managing Director, talks to Property Week about the WELL Building Standard.

Wellness, simply defined as "the state of being in good health", has become a new buzzword for UK employers.

Encouraging physical activity by incorporating gyms and even climbing walls, installing lighting that supports people's natural circadian rhythms, improving access to nature and providing high-quality, healthy food options is becoming a priority for companies that recognise the benefits such perks can have on the productivity of their workforce.

Now firmly established in the office sector - the White Collar Factory in London's Old Street with its 150-metre rooftop running track is a prime example of the trend - wellness is beginning to creep in to the industrial and logistics market.  So to what extent will the trend take hold in warehouses, manufacturing plants and distribution centres? And how is it being realised? 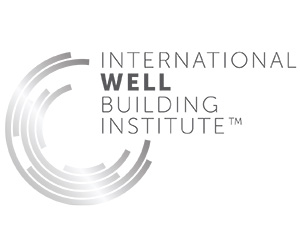 The WELL Building Standard, launched in 2014 by the International Well Building Institute (IWBI), has played a part in placing the wellness concept firmly on landlords' and occupiers' agendas.

It is based on seven criteria - air, light, mind, water, fitness, nourishment, innovation and comfort - and there are two certificates, silver and gold.  Those seeking accreditation must prove they have met a certain level of proficiency in each criteria if they are to achieve accreditation. Think BREEAM (there is 35% crossover between that and the WELL Building Standard) but with a focus on occupants.

IWBI survey figures show office employees are 94% happier and more productive in WELL-Standard-certified buildings and there is anecdotal evidence that buildings with WELL certification stand out from the crowd when it comes to securing tenants.  Combine this with employers' need to attract and retain staff in the war for talent - people are increasingly factoring working environment into their decisions to take jobs - and the appeal of wellness becomes clear.

Within the industrial sector, the WELL Standard is being embraced by Gazeley at its Altitude site at Magna Park as well as by Baytree Logistics Properties for its development in Dagenham.  To date, they are the only two shed schemes of 24 buildings for which landlords are pursuing or have achieved WELL accreditation - the rest are offices. 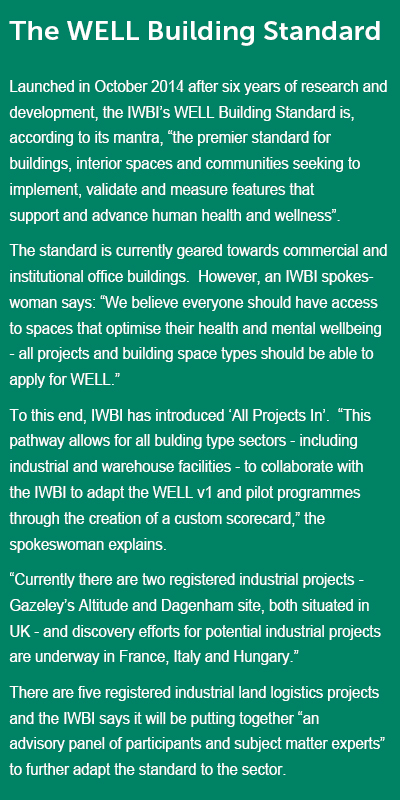 "Awareness (of wellness) in the industrial sector is beginning to grow but it's not yet well established," says Alex Ferguson, Managing Director of Delta-Simons, a multi-disciplinary environmental consultancy, which has specialist knowledge of the WELL Standard and counts Gazeley, Baytree and SEGRO among its industrial clients.

"I don't think the sector is 100% sure what it's going to do with wellbeing yet but it's certainly part of every discussion; there's a lot more interest in it and that's been increasing rapidly," Ferguson adds. "The key is going to be how the occupier market takes it on and what the occupier market wants. At the moment that isn't clear. The industry has to work out whether it's bothered by this or not."

Ferguson believes a need to raise standards will be one of the drivers of adoption. 'There have been well-publicised incidents of poor employment practices in warehousing and occupiers are keen to demonstrate this is the exception, not the norm, and to highlight the positive measures they have in place for their staff," says Ferguson.

Technological advances are another driver, along with companies' desire to appeal to tech-savvy staff.  Offices occupied by the likes of Google, Amazon and Facebook have high-quality canteens, breakout areas, gardens, gyms and swimming pools, which are designed to help secure the best talent. And industrial and logistics occupiers could begin to follow suit.

"There's only so much money you can throw at people - they need to enjoy the way they work," says Ferguson. "The warehousing industry is going down the route of robotics and automation and we are only a few years away from warehouse workers needing to understand how to operate robots rather than just putting things in boxes."

Gazeley's construction director, Graeme Munro, agrees. He says that where before it was all about optimising workflow, as technology has advanced in the distribution sector there's now more of a need to provide better facilities for employees.

Changing the perception of the industry in a bid to attract the tech crowd to its warehouse developments is one of the main aims for Baytree.

"In terms of the construction phase, if we carry on doing what we are doing in the same old way, it's basically a race to the bottom," says Baytree director Jonathan Fenton-Jones. 'Tech is the sexy new industry - that's where it's at."

Everything is being thrown at Baytree's new industrial development in Dagenham, Essex, in a bid to attract tech-sawy staff while making the environment as comfortable as possible for all employees.

"We are taking care of the interior design including the air quality and water quality, it has been designed to encourage the use of stairs, we're putting in external gym equipment and a fire track is being made into a running track," says Fenton-Jones. "We're also putting in solar-powered information stations and carpet systems that eat dust and dirt." 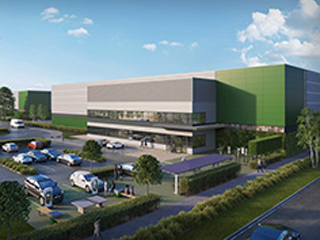 Phase one of the scheme, which is registered to pursue certification through the WELL Building Standard, is made up of two buildings totalling 110,000 sq ft. Future phases will add a further 250,000 sq ft of grade-A facilities.

Fenton-Jones says Baytree is also looking ahead to its next projects in the UK and, working with Delta-Simons' Ferguson and Chetwoods Architects, it is aiming to roll out WELL and BREEAM certification across its portfolio in Germany and France.

Gazeley is also pursuing the WELL certification at its 25-acre Altitude site on Magna Park in Lutterworth, Leicestershire, which is aimed at attracting ecommerce businesses, and is set to complete at the end of February 2018.

Munro admits there is additional cost involved when putting in WELL elements. "Yes, it adds costs to the building but from my experience it's very difficult to try and do it retrospectively - if we're aware of it it's in the design up front and the end user is requesting it because they want to be the employer of choice, then it makes sense to go in this direction," he says.

It is unlikely that older buildings would achieve the WELL Standard but not impossible, says Munro. "But it's very constrained in terms of how you would be able to approach that," he says. "For instance, to get the certificate you must make sure the staircases are wide enough. Yes, you could retrofit that in older warehouses but it would be part of a major refurbishment and there would be a lot of cost attached."

Initial outlay aside there is very little negativity surrounding the wellness trend.

As Ferguson explains: "This is all about recognising that people who work should have access to nature, get a reasonable amount of light at work, do some form of exercise and - some of the time - choose a glass of water and mango slices over a Coke and a chocolate bar. Those who do are healthier people, and healthier people make for a better, more productive workforce."

Simon Collett, national head of Savills' building division, says WELL will become embedded in the industrial and logistics sector's design-and-build process over time in much the same way that sustainability has, despite having been dismissed as little more than a fad 15 years ago.

As Collett says: "Wellness is both the here and now and the future direction."

Alex Ferguson is the Managing Director of Delta-Simons and is responsible for leading a multi-disciplinary consultancy team delivering Geo-Environmental, Environmental Planning, Environment Health & Safety (EHS), Sustainability and Health & Wellbeing services across a range of sectors.  Particularly focused on the Real Estate sector, but with experience across the Tech, Retail and Industrial sectors.  Delta-Simons is part of the Lucion Group of companies forming the environmental consultancy arm of the group.  Alex is a Board Member of the Inogen Environmental Alliance of EHS&S Consultants, an Alliance of over 70 companies with a global presence, delivering projects in over 100 countries for a range of corporate, private and public clients