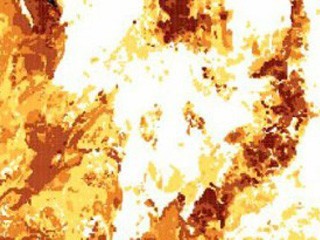 As we enter the colder winter months, now is the best time to test for radon in your workplace. Radon exposure can damage human tissue and increase the risk of cancer.

Radon is a colourless and odourless radioactive gas formed naturally from uranium found in soils and rocks. Depending on the geology in a particular area and the proximity of certain rocks (such as limestone and granite) to the surface, the greater the chance of radon being emitted into the atmosphere.

There is always a small amount of radon gas in the atmosphere, which poses a very low risk to human health. However, in the UK we spend an estimated 90% of our time indoors – with a significant proportion of this being at work. As buildings become more and more energy efficient and air tight as a result of increasing regulation, radon gas can concentrate within homes, offices and other workplaces. The higher the concentrations, the higher the risk.

Radon is identified as a hazard if:

You can find out if your building is within a Radon Affected Area by viewing Public Health England (PHE) interactive radon map.  The darker the colour the greater the risk of radon.

The workplace exposure limit is set at 400 Becquerels per cubic metre (Bqm-3). If exposures above this threshold are recorded, the employer is obligated under the Ionising Radiation Regulations 1999 to take action to reduce exposure.

Radon testing is best done in the winter months when windows and doors are likely to be shut; this gives the most conservative result possible. However, radon testing is not limited to winter – a seasonal correction factor will be applied to results from other times of year, but will decrease the accuracy of the data.